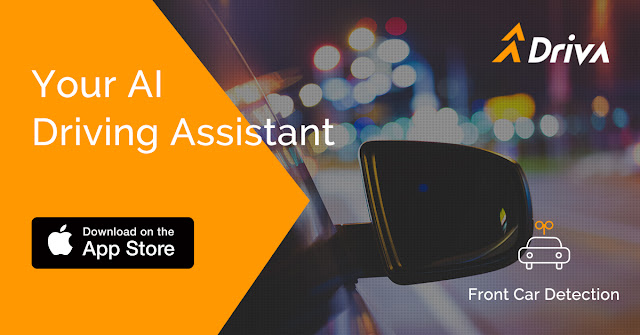 In June of this year I worked for startup in Shanghai, called Driva, doing digital marketing for the USA. Driva is the first AI-powered dashcam app aiming at assisting while driving. It applies deep learning and compute vision algorithms in the app that accurately locates the front cars and traffic lights. With Driva drivers can rest while waiting for green light or front car to move (system sends notification), record videos and take pictures when on the road safely and enhance vision to see road marks more clearly. The vision is to collect the road data and later sell it to car manufacturers, who work on driverless cars.

According to TechRepublic, there are five level of autonomy for driverless cars:

Level 1: This driver-assistance level means that most functions are still controlled by the driver, but a specific function (like steering or accelerating) can be done automatically by the car.

Level 2: In level 2, at least one driver assistance system of "both steering and acceleration/ deceleration using information about the driving environment" is automated, like cruise control and lane-centering. It means that the "driver is disengaged from physically operating the vehicle by having his or her hands off the steering wheel and foot off pedal at the same time," according to the SAE. The driver must still always be ready to take control of the vehicle, however.

Level 3: Drivers are still necessary in level 3 cars, but are able to completely shift "safety-critical functions" to the vehicle, under certain traffic or environmental conditions.

Level 4: This is what is meant by "fully autonomous." Level 4 vehicles are "designed to perform all safety-critical driving functions and monitor roadway conditions for an entire trip." However, it's important to note that this is limited to the "operational design domain (ODD)" of the vehicle - meaning it does not cover every driving scenario.

Level 5: This refers to a fully-autonomous system that expects the vehicle's performance to equal that of a human driver, in every driving scenario—including extreme environments like dirt roads that are unlikely to be navigated by driverless vehicles in the near future.
Ultimately humanity strives to get to Level 5 of autonomous driving. But the obstacle is a lack of quality corner data (small roads, narrow one way streets, sharp turns and zig-zag) and expansion of ODD. That's where Driva can come and supply necessary data to speed up development of driverless cars. There is another startup in the field from Israel with similar concept - Nexar, which got US $10.5 million funding.

How Did You Get In
The story started more than three years ago, when I met the founder of Mingdao.com, Phil Ren, at one of the events at American Chamber of Commerce in Shanghai. Later then we cooperated briefly for international business development strategy proposal for Mingdao.com, which I prepared and thought to execute, but plans had changed and I moved to Hong Kong.

Phil is respected and experienced entrepreneur, I call him Jeff Bezos of China for his great work ethic. Three years ago I was organising a five-day tour for a group of EMBA class participants from one Ukrainian business school - LvBS. Phil introduced me to some of his friends, business owners and entrepreneurs, whom I reached out, so the program was successful (the power of guan xi 关系). Then while in Hong Kong, I keep working on project Asia & Partners - helping European business schools to organise short study tours to China. One business school from Belgium, Vlerick, approached and asked if we can help to bring the group to Alibaba and Huawei in Hangzhou. So I went on my networking spree and among others reached Phil to ask if he happened to know anyone from Alibaba. He didn't, but got to know people from Hupan University, which was established by Jack Ma, Alibaba's founder. So I got to know people from Hupan Uni and they helped to connect with ALOG Technologies, China's leading warehouse logistics management company. I found a way to Alibaba through another door, and instead of going to Huawei, we went to ALOG with the group with kind support of people from Hupan (see the report here).

The Journey Begins...
When I was in Shanghai in April, I met Phil to thank for his kind help and support. He told me about his new project, where he is an Adviser and early-stage investor - Driva and asked whether I would be interested to help with proposing marketing strategy for international markets, namely the USA, Brazil, Russia and India. I was happy to help and quickly became an expert in global mobile app marketing, thanks to The iOS App Marketing Strategy Guide. So I wrote the strategy proposal and presented to Phil during my another trip to Shanghai in late May. And he was like: 'Would you be up to execute it?' Deep inside I knew that mobile app marketing is not really my thing, but thought it's good to try and the area of work really excited me - AI and Driverless Cars and Big Bata and stuff. I wanted to experience it. So I negotiated one week per month I would be working in Shanghai office and three weeks in Hong Kong from home. 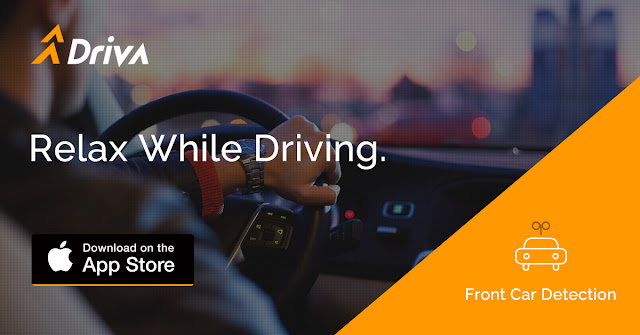 What I have done in June for Driva
On July 1st, while whole Hong Kong was celebrating 20 years anniversary of reunification with China, I was at home writing a report. And although I have done quite a bit and had powerful help of interns and professional journalists - the results (the ultimate thing that matters - app installs) were not impressive. And the most important thing I didn't have the drive to drive Driva in the USA. I was so clear that I am not the right person to do this. So wrote Phil and Zhang Zhe I am leaving.

If you know deep inside this is not your thing - even if it is AI, Driverless Cars and Big Data combined - do not do it. But if you are not sure - try it out!

I am thankful to Phil and Zhang Zhe for this opportunity and wish that team will do well and bring the future of driverless cars faster.