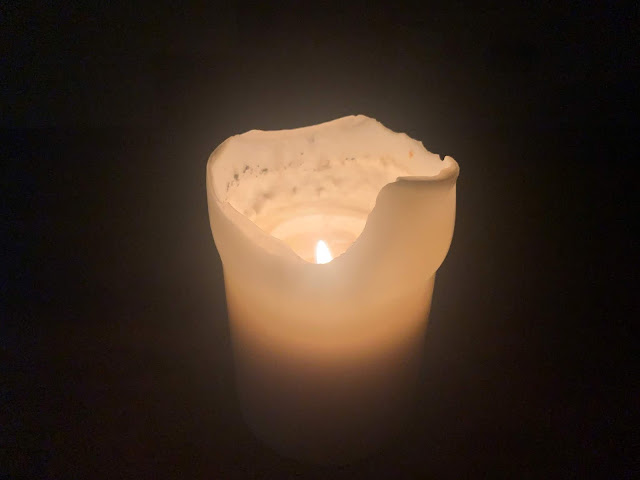 On this day 16 years ago my father past away. It was a motorbike crash. I was 11 at that time, my sister was 4. It was a huge tragedy for our family. Everything completely changed. It also had profound impact on me. I really loved father.

He was great and well respected man in our village, as a solo-entrepreneur, engineer and expert in fixing other people's TV. In countryside TV is the main source of entertainment, after long day of hard work on the farm the whole family would get together in front of TV to watch movies, serials, news. As a child I would look forward every Sat at 3 pm to watch my favourite cartoon - Pokemon. As many families had old TVs, often Soviet-era old, they would get broken often and the entire family would get bored and don't know what to do in evenings. Frequently, neighbours would come to each other homes to watch TV together, if theirs didn't work. That was at times before the Internet took off and PC were expensive to afford. My father would go to other people's home and fix the TV. Frequently people did not have money to pay. I remember him saying: "I only want them to cover cost of spare parts that I used to fix the TV". Sometimes instead of cash people would pay him in veggies and poultry, such as veggies and chicken. People liked him. He had a kind heart.

I was also helping him with the business early on. He would bring me to villages in the area very early in the morning during weekend on the market and I would stay with a sign "FIXING TV". He would leave me there to take contact details of people who would come and ask me, 9 or 10 year old boy, with curiosity and smile: "Are you fixing TV?". I would proudly say "No, but my father does. You can leave your address and we will visit you later". Meanwhile he would go to first customer. We were a team and he was my first team-mate. I loved to travel to different villages in the area, perhaps since then I developed passion and interest for travel that brought me to many places 16 years afterwards.

He also was a man of Love. There was a brief period when mother decided to leave for some time with my sister. I remember him being very sad. Sometimes he would drink alcohol with his friends and our neighbours. I did not like him being drunk. I was about 10 at the time and remember asking him not to drink. But then he said: "I love her, son. You are too young to understand this, But I love her". After few months our mom came back and he was happy again.

He was a man who truly cared and loved us, mom, sister and me. During summer time we would go to the sea for swimming and sunbathing. That was my the most favourite activity as a kid. He taught me how to swim when I was 7 or 8 years old. He would buy us ice-cream, and we were so happy.

Because of that accident, I had to leave family early. At the age of 13 I went to a boarding high school in the nearby city, Bilgorod-Dnistrovsky. Then I went to the university in Kyiv, the capital in Ukraine. Although he was not physically present, but his support materialised in the support and kindness of other people who came and helped me. 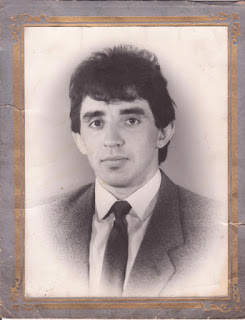 On this image he is 27. Same age as I am now. Often I was told that I look very similar to him. I hope that I do, not only in physical appearance, but also in heart.