Somehow I always find an inspiration to write after a midnight. And I failed again with my plan to sleep from 11 PM to 6 AM. I've tried for a week or so. Strangely, but even if I go to sleep at 11 PM, still wake up at 8:30 AM, as if I would go to bed at 2 AM - same time waking up. I set alarm, but don't hear it. Set 5 alarms, still 8:30 AM is the time I get out of the bed. Anyway, I wasn't going to write about sleeping habits in this post. So what have I been up to?

Coming out...
From very recent I am trying not to get into legal trouble with The Economist. As you'd probably know, I have this huge passion for The Economist magazine. It went as far as I started to introduce myself recently as "part-time businessman and full-time The Economist fan". So been doing The Economist Club, a community of The Economist magazine readers and intellectually curious people. We do events three times a month on various topics. We take articles from the magazine as a base, so I would set Facebook event page using partially article's content (text in the description and event photo). But I don't have official consent from The Economist to do so and my legal friends (very good lawyers) who specialize in IP related issues warned that it can be counted for IP infringement. Well, events are free and we do it for educational/learning purposes. The mission of The Economist Club is to be a platform for life-long learning and unite people for it. In the past we had like 4-7 people attending at a time. But now, as club grows (now 25-40 people are joining events regularly) and we plan to set a membership scheme, - it's getting more tricky. Someone wants to set a club in Singapore (the big dream is to have it in every big city). That's why alignment of intentions with The Economist is super important and just timely. I reached out to some of the old contacts at The Economist and looking for the right person to came out to. Sending email to Chief Editor Zanny is always an option. But let's see.

More drama - less drama
Relationship-wise it's complicated. At the start of the year I had this plan to have 4 dates a month, just to meet new people and see if that can lead to something bigger. After January I gave up on apps, then been back to them briefly and now abandon them again. My plan is to go to the bar once a week or once every two weeks and see if I can meet someone nice over a drink. It's very conventional and classic way, worked for my parents and some friends, hope can work for me as well.

After Camino de Santiago last October, I have decided to have more love in my life. Been doing meditation as the way to feel more connected and in love. Learned a new type, called Transcendental Medication (TM) - the kind of meditation with internal mantra. I found out about it from Tim Ferris and Ray Dalio podcast. Can't say yet that I am experiencing universal love to the world and every creature yet, but keep practicing every morning for 20 min. After tonight talk with a friend, who called me "a jerk" (another long and complicated story), I realised that maybe I am not ready for relationship. Maybe I am just ought to learn how to be single for real. But part of me says: "hey you've been single for whole adult life, how can you be even more single?" Maybe it comes down to not look for anyone. And can you even get love by chasing it? As for someone who has been on his own since age of 13 without proper family the idea of love is new, and I am still learning. "Just go with the flow", - they said. Or be single forever? I can have a dog when 50 and love the world like a Buddhist monk.

Being a "hero"
Other than The Economist Club, I am involved with JCI in Hong Kong, being responsible for the publication called "Harbour Lights". JCI overall gives me a unique opportunity to be engaged with local Hong Kong people and observe the culture. And I know they want me to speak Cantonese, but the reality is that I won't. I am up for Mandarin thou, and learning it daily (reading a novel, every day for one hour, hope I will complete within 5 years). But it won't give me a green light to develop my "JCI career" in Hong Kong (despite being English-speaking we prefer Cantonese). Not that I strive for it. In Hong Kong you really need to be rich, both in time and money, in order to be effective JCI member. Most of the people are very busy making money. Recently I asked fellow JCI member if she would like to become a National President: "Neither I have enough money, nor time for it". Doing JCI in Ukraine I realized that if I want to change the world - I need to pay for it. For Hong Kong it's even more true.

Business-wise I am working. I am working for Focus One, a consulting company in Central that specializes in high-performance leadership teams. Doing sales. Over past 7 months I learned quite a bit about book publishing world, even got a publisher in the USA, but that's yet whole another story. I made a database of over 2,700 HR Directors, VPs, Heads, Learning and Development Managers in Hong Kong (thanks to Linkedin). Via Streak I send customized emails and follow up with those who reply with interest. From next week will experiment with cold-calling through another database Forbes 2000. And also as a second avenue, developing a network of affiliate partners, which can sell the service and get the commission (headhunters, people who sell HR solutions as well as companies in leadership development area). I am not very excited about the job: it does not require much brain work and that's precisely the issue. The things I do now is on a level lower than at the previous engagement, still challenging but not quite. And ideally I'd prefer to use brain more than a tongue, work on more scientific projects. Yet it is interesting to see how leadership teams can be transformed to higher level of performance.


Still keep few projects on-side, such as Asia & Partners Medical (have five manufacturers that I work with and help to develop their business in the Middle East and APAC) and business tours (in the end of March did a massive 10-day China program for EMBA group from Lviv Business School, Ukraine). 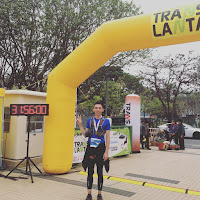 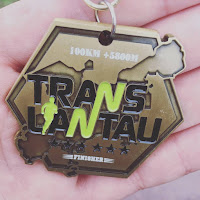 And I did a trail-run for 100 km - Translantau in March. It took me 31 h and 55 min and I wasn't the last one. Only 56% were finishers due to hot and humid weather, so I am glad to be among them. And it was not that difficult, the hardest thing is not to give up despite the pain. I did so last year - when DNF on last check-point after running 93km. This time I was determined to finish no matter what. The major take-away from it is you really can do more than you think can do. Dream big, figure out the plan and keep pushing. As Sia said: "You can do this"


One foot in front of the other babe


One breath leads to another yeah


Look within for the strength today


Listen out for the voice to say