The Future of Oil - report from The Economist 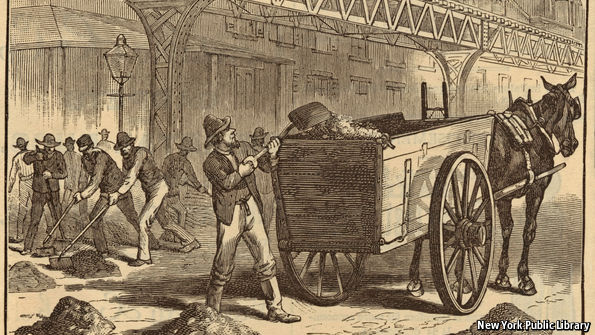 Today, Dec 1st, Thu, 2016 we had a meeting of The Economist Club and discussed the report 'Breaking the Habit' (link) about future of oil. In Total we had six people attending, all from finance field except myself. Here would like to highlight key points of the discussion:

1. Keep it below 2 C. In December of last year during UN summit on climate change it was agreed that governments would make effort to decrease emissions of CO2 and keep climate change average temperature increase below two degrees celsius.

2. Oil's contribution. Oil consumption accounts for more than half of world energy basket. 46% of it goes to vehicles for transportation

3.  Next conditions shall be be met in order to reach the target below 2C:

A. Investment in natural gas (among the 'cleanest' types of energy): it is a longer terms investment with less ROI compare to oil (that's why investment into oil prevails)

B. Alternative tech: batteries and EVS. The cost of batteries still high and it is six times cheaper to use petrol engine rather than electric engine. So further batteries cost reduction and tech improvement is needed

D. Wind floating farms (as an example of Norway)

E. Peak oil vs Peak demand. In order to meet the target, the world has to use 700 million EVS by 2040 (the total sales to 2015 is only 1 million, China is the largest market). Consumer behavior is still much driven by economical factors (driving mileage per person increased in the USA since 2014). Entrepreneurs should inspire consumers to shift towards electrical vehicles by not selling them another type of engine (doesn't work) but via convincing them to adopt new lifestyle - driverless cars, using cars as mobile office, hotel, entertainment etc (playing with analogy 'from horse to model T' - 'from petrol engine to electrical engine'). Governments and investors should also go for cleaner types of energy, but the consumers are those who can make actual difference

Conclusion: demand for oil still be increasing because of the population growth and alternatives are more costly, but it will reach its peak in about 2025. Coal type of energy source will be decreased the most. Investors are pressing oil companies to diversify and some came up already with the roadmap how decrease oil impact (mostly by increasing % of portfolio in natural gas including LNG).

EVS is a promising trend together with driverless cars and etc, but technology on its very early stage to become mass consumed, the gap is about 20-25 years, so target for reduction of CO2 emission will be probably missed

2. It is important that full report is read not just part, in case in the future there will be a meeting to discuss report from the Economist. Do not allow discussion in the group of five-six people (too big), keep it no more than three people as a subgroup.