In October, November and December of last year I got a chance to participate in three stunning world-class events: The Economist Innovation Summit, China Summit and APAC Innovation Summit. Two of them were organized by The Economist and last one by Hong Kong Science and Technology Park. Here are my thoughts on these events. 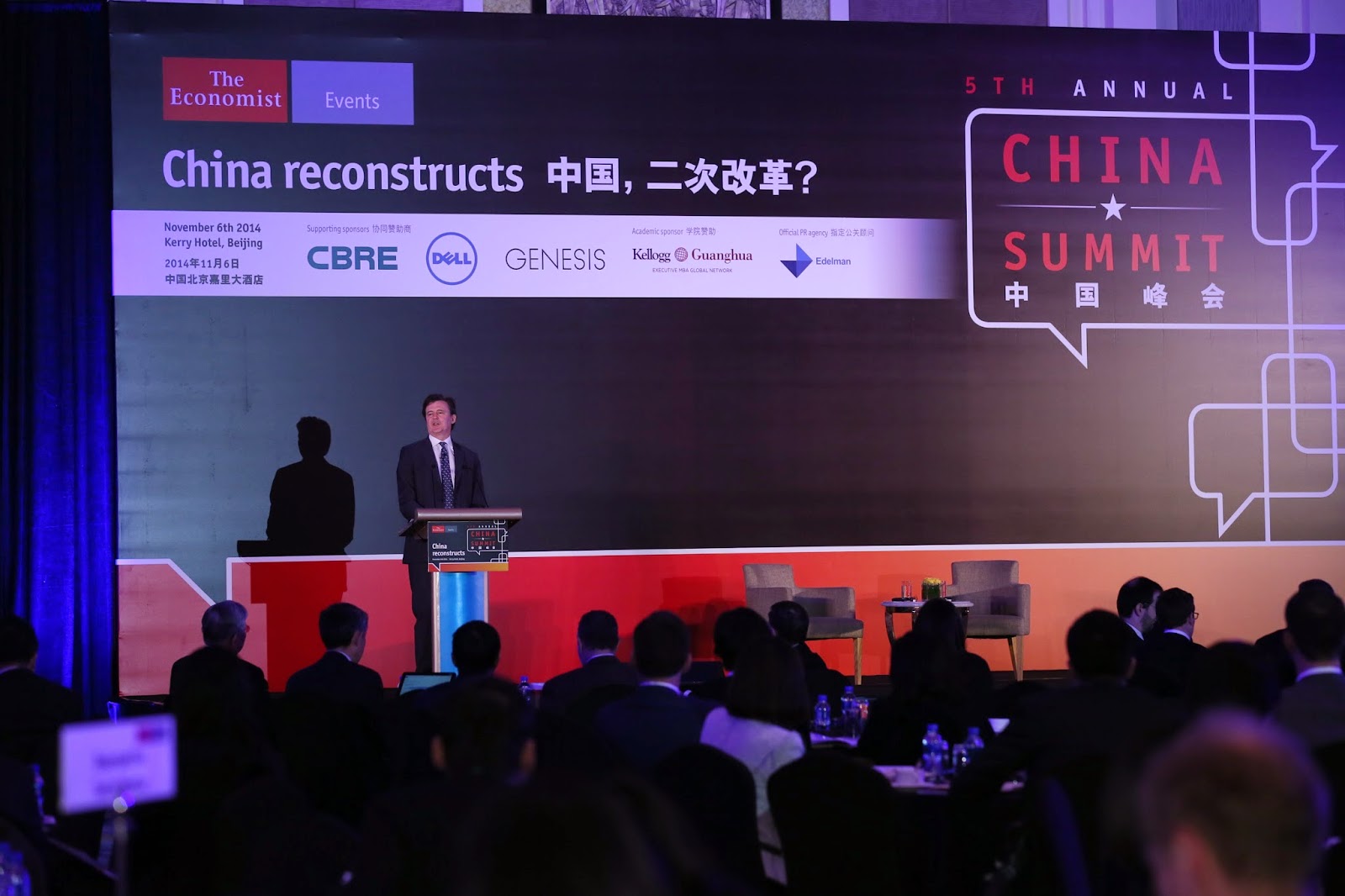 Why do events matter?

In my believe, people join events for growth. At least I do. The growth can be personal (while learning something), financial (find prospective clients and/or maintaining company's goodwill), sociable (networking and meeting new friends). Ideally you want all three aspects, but it also depends on goals you carry before joining the event. For instance, while joining the events, I did not set up financial related goals, while focusing on Knowledge/Understanding and People/Networking. For most of us the progress of life is important. You want to be smarter next year, richer, know more people and try more new things. That's partly how you measure the growth. At very young age you are naturally super curious about the world. Getting more information and understanding of the world lead you towards feeling of growth (amount of knowledge is literally growing). You develop the habit for gaining more information in the field of your interest and developing yourself. The events are places, where you can satisfy the need for growth through getting to know information and people in whatever dimention you mean it. 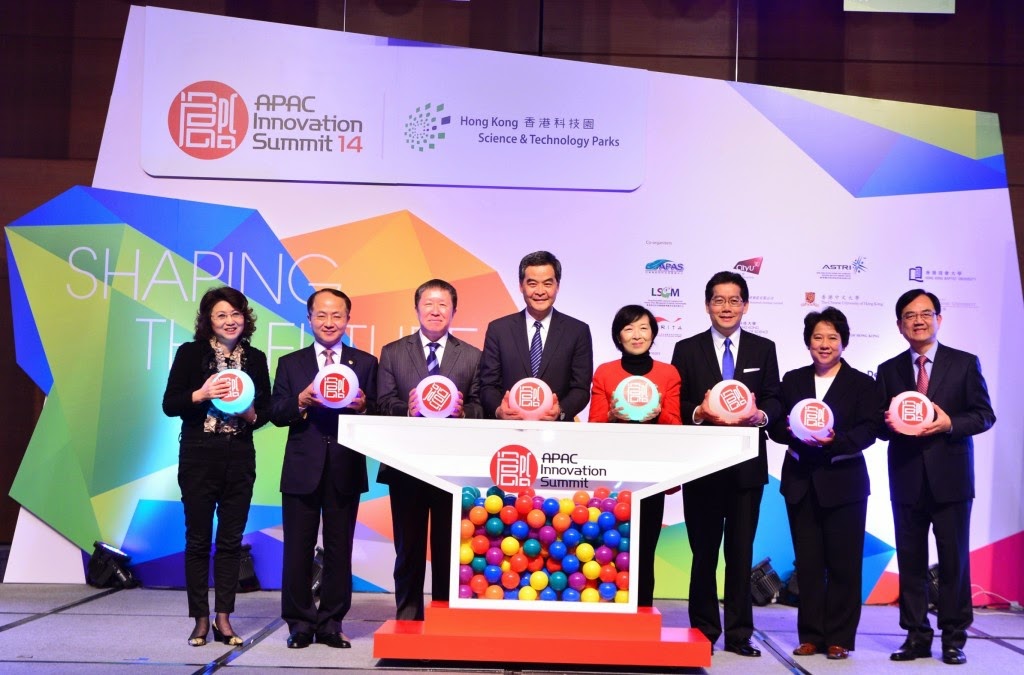 
Organized by HKSTP, APAC Innovation Summit surprised me by its level of speakers and scale of the event - seven days of intensive programme. The most exciting was Day 3 - Main Conference and Networking Dinner. I joined that one thanks to Simon Tze, a good friend from Science Park. That was ministerial level event at the beginning: we got remarks from Dr Cao Jianlin, Vice Minister, Ministry of Science and Technology, China; C Y Leung, Chief Executive, Hong Kong; Mr Mehmet Kaplan, Minister for Housing and Urban Development, Sweden; Mr Teo Ser Luck, Minister of State, Ministry of Trade and Industry and Mayor, North East District, Singapore; Mr Ido Sharir, Director General, Ministry of Science, Technology and Space, Israel. Everyone was talking about innovation and how important it is. After that entrepreneurs went to the stage. Dr Yao Ming, Founder of Yao Foundation, successful basketball player in the past and icona for many your Chinese basketball players and entrepreneurs, encouraged "don't sit on the chair - go and discover your passion"; "don't wait for your business partner - go and grab him or her" and "can't donate money - donate your time" (about volunteering, it builds good character). Mr Lin Bin, Co-founder and President, Xiaomi Inc - "we are a mobile internet company, which differentiate itself by positive word-of-mouth, e-commerce and wisdom of the cloud computing".

During the pannel Defining a New Asian Innovation Niche - DNA Sequencing & Bioengineering, I got a chance to ask two questions. One to Prof. Huanming Yang, Chairman and Professor, Beijing Genomics Institute about quality and insights his institute has received from all the genome data that has been generated (BGI is the largest genome-data generating facility in the word). At BGI they got tons of data after genome sequencing, but didn't get much of its analysis and that where BGI was criticized the most (in fact, I was applying for job at BGI, but didn't succeeded, although visited their facility in Shenzhen). Second question went to Prof. Ronald Li Director, Stem Cell & Regenerative Medicine Consortium (SCRMC). I asked about possibility to print human organs using 3D technologies. He replied it is still not possible, although companies like Organovo try to make it so. Later on I met with him for lunch in his lab at HKU. What is super exciting about Ronald's work is he can get DNA from your skin and after 6 months give you back your heart. Yes, truly functioning heart. And he is leading expert worldwide in this field (I read some of his research papers).
At the end I asked Allen Ma how it was possible to get such many top-level speakers on the stage. He said it took a year, some speakers were invited through Embassies, government in Beijing also got involved. 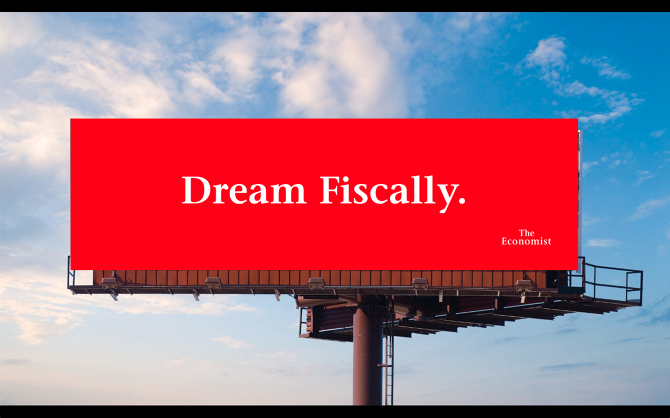 Ode to The Economist

I like The Economist magazine and events due to its quality. That is something what I value and with The Economist I can find it. How can quality of events be measured? Simply by its components and their synergy: speakers, agenda/theme, venue, participants. That's where The Economist Events team is really good at: bring leading speakers and opinion leaders to discuss crucial and up to date challenges at quality venue. Naturally right set of participants get attracted - 70% of people taking part are senior managers and top executives. At The Economist China Summit I can meet some of China's best people - entrepreneurs, policy makers, top-executives and NGO leaders. During the break time after one of the sessions on Best practise in Asia-focused innovation I thought:"Gods, where else I could meet such great people and listen to all these ideas and experiences? Probably at WEF, Fortune Global Summit and The Economist events". Where else I could have one-to-one lunch with Kevin Goldmintz, CEO of Octopus? It happened to me during The Economist Innovation Summit. We have been chatting about many things - from the way how Octopus does innovation, projects with other countries, sharing experiences and to what are good networking spots in Hong Kong, how weekend time is spent, and what are kind of things we enjoy doing. When it was China Summit in Beijing I was sitting right next to CEO of Abbot China, pharmaceuticals and health care products company, who said: "Actually I came from Shanghai to take part in APEC CEO Summit, but decided half day spent here as well - these people know what they are talking about". 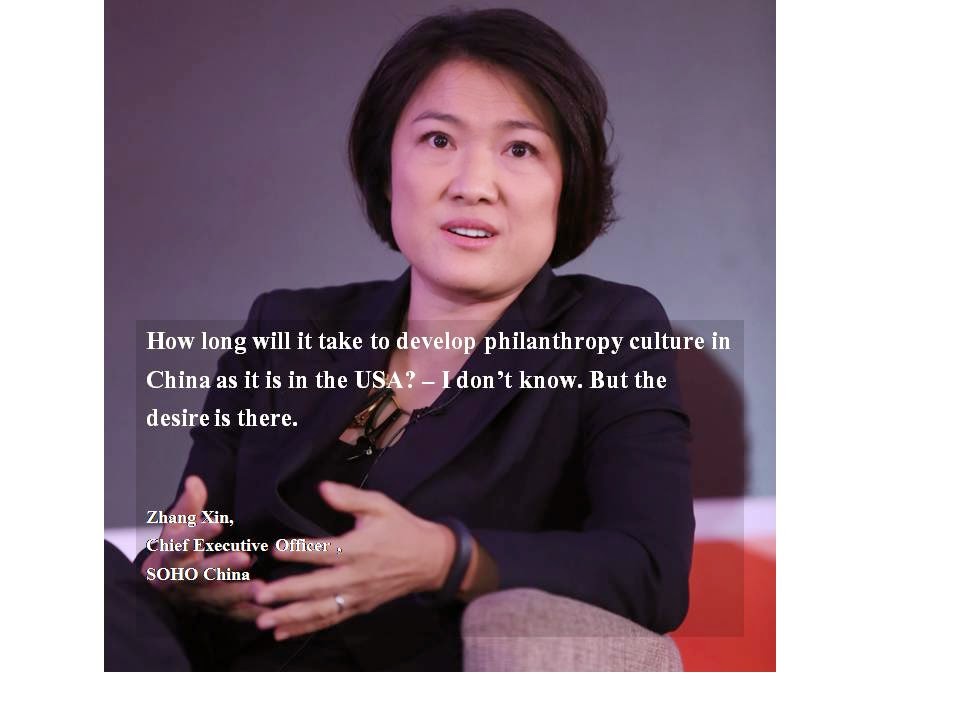 Some of the speakers truly inspired me. For example, Zhang Xin, a Chinese business magnate. She is Co-Founder and CEO of SOHO China, the largest commercial real estate developer in Beijing. As of 2014, she is listed as the 62nd most powerful woman in the world by Forbes with net worth of $3.3 billion. In session Philanthropy in China In conversation with: Zhang Xin she shared her thoughts and personal experience on philanthropy. Her Soho China Foundation donated $100 million as scholarship for Chinese students attend universities of Ivy League with mission to connect China's most outstanding students with the best education the world has to offer, to support the advancement of China and to enhance the role of China in the world. When in Ukraine, I attened philanthropy talk with Chelsea Clinton, a daughter of Hillary and Bill Clinton. It was blah-blah on general importance of philanthropy. In contrast Zhang Xin shared main principles of how to do philantropy ("you need to give to what you truly care about"). Money are used as an investment through endowment fund scheme - universities take earning from its investment portfolio to fund students education. As a result 2 to 7% ROI taken from $100 million is enough to provide funding for students basically forever, because the core investment is untouched. 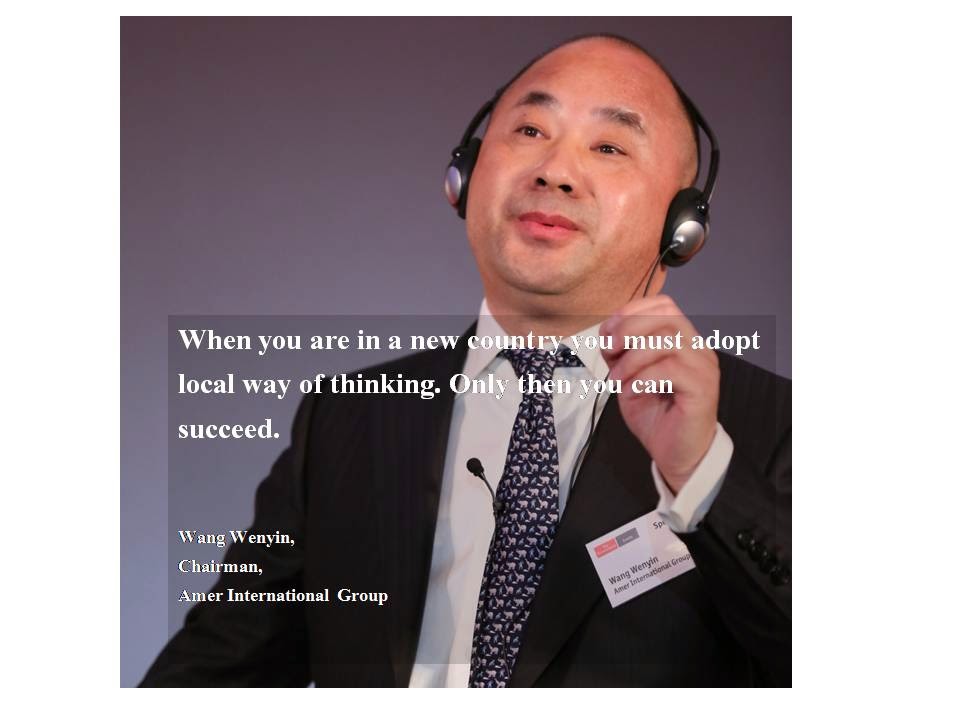 Another speaker, Wang Wenyin, a Chinese businessman, Chairman of Amer International Group, a Chinese company that produces cable and copper products and with interests in mining, is famous as 7th richest man in China and, even more impressively, while not speaking English he is studying at Harvard.  Wenyin is quite positive about future of China and commented "There three key factors which helps growth: market, talented people and capital. China has all these factors and will lead the world's growth for a while". Also interestingly he commented on success: "We need to embrace that success will not bring another success. If we are on the peak, we need to bring us to zero. Only then we can achieve another success. If I can change my DNA, so I can change DNA of my company." And allow one more quote-statement: "Our business is like a big forest. And big forest can change the climate."
TeamLab guys from Japan presented interesting concept how they innovate - creativity without borders, as shown on Audi R8 Waterfall project

It is something that wows, inspires, fascinates and convinces one more time that everything is possible.

Thanks all The Economist Events team and HKSTP for making this possible, particularly Amy, Alison, Summer, Flora, Vivian and Simon.