From 19th to 26 August I had first time during last two years real vacations! During hole week I was in Crimea, South part of Ukraine, visited Sudak, Koktebel, Feodosia, slept a lot, read a lot and also thought a lot :)

I took several books with me: Platon "Dialogs", "The Plague" (Fr. La Peste), novel by Albert Camus, "The 7 Habits of Highly Effgective People". In the end of the trip I achieved a half of plan: Camus was done with half of Platon. And I have to say that is really "must read".

I would like to share with you some quotes from "The Plague". If you haven't read yet this novel, the short descrtiption from Wiki is: ".. that tells the story of medical workers finding solidarity in their labour as the Algerian city of Oran is swept by a plague. It asks a number of questions relating to the nature of destiny and the human condition. The characters in the book, ranging from doctors to vacationers to fugitives, all help to show the effects the plague has on a populace...".

So, the most interesting quotes: 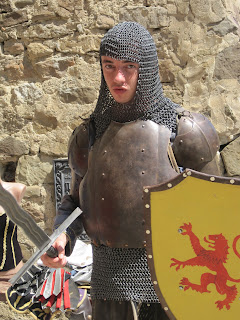 “There are more things to admire in men
then to despise.”
Usually most of people forget it. Even Bohdan Havrylyshyn said: "Every person has good part and bad part. You have to find this good part in person, and show that you see this good part. And person will try to match your vision".


"No, we should go forward, groping our way through the darkness, stumbling perhaps at times, and try to do what good lay in our power. As for the rest, we must hold fast, trusting in the divine goodness, even as to the deaths of little children, and not seeking personal respite."
In this moment I recalled a Winston Churchill's motto: "Never, never, never give up". Yes, keep going.

There are more good points and ideas, but I would like to stop on this two and believe that you will find more.

Platon is also interesting, I really enjoy his argumentation and debates on different topics. One more time realized: principles of fairness, justice, piety, respect are old as the world. And "it's not hard to be a good man, it is really hard to become a good man" (Platon). Wish you and me to become a good man as soon as possible.