hitchhiking to the Atlantic Ocean. People on the move.

Yeah.. we did it. From July 9th to July 23th I was traveling with my friend Oksana by hitchhiking to the Atlantic Ocean. We visited Rzeshow (Poland, July 9), Vienna, Saltzburg (Austria, July 10), Munich (Germany, July 11), Zurich, Bern (Switzerland, July 12), Lyon, Toulouse (France, July 13), Bilbao, La Coruna, the Atlantic Ocean (July, 14-18) and I was back through Paris, Strasbourg, Frankfurt, Dresden, Krakow, crossed border Poland-Ukraine on July 23.

It was being really really great time!! Every day was full on so many good activities. Sometimes we were lost, sometimes sleeping in the park (in Munich), near road (Santander), at home (Toulouse), hostel (Bern).. 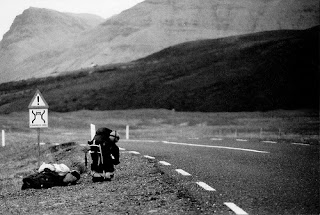 Drivers were so different and interesting during the Way. It was not to hitchhike actually, safety.. We got more than 7 000 km during two weeks, were in 6 countries - Poland, Austria, Germany, Switzerland, France and Spain. We reached the goal - to the Atlantic Ocean only by hitchhiking, no buses, trains or planes; it's for free to travel, in case you're hitchhiker.

In Vienna we enjoyed night city and drunk so famous and sooooo delicious coffee with Chocolate cake in Cafe "Centralle".

In Zaltzburg we visited Mozart's birth place, home, where he was born..

In Munich, the most expencive city of Germany, we ate Bavaria's food (wursts) and sleeping in the Enlisher Garden (Park).

In Zurich, the richest city of Europe, we tried a river-travel by coat. In Bern enjoyed time in old city with guys around the world from youth hostel.

In Lyon we just slept in "forbidden place", in Toulouse celebrated France Indendence Day with great Firework Show and friends from couchsurfing.org..

In Spain, we almost lost close to Santander, slept near a motorway, tried so delicious spanish food in restaurant with french painter.

And we reached the Atlantic Ocean, in La Coruna (city on the West), by hitchhiking!!!!

After that, I can say: yeah, Everything is Possible. Just Do It!

We backed with Oksana by different ways. She took a plane. I did hitchhiking through Paris. Was sleeping there one more time in Park, in front of Effel Tower and just 3 hours in Notre Dame de Paris. Also visited Maya's exhibition from Guatemala.

During this week (4 days) I obtained two visas (Romanian and Shengen). It's like personal record: 2 visas in one passport for 4 days. It was hard a little, but if you want to achieve something, have strong wish and put a little action - you will take it. Surely!

So, in August I will participate in two Summer Schools: one in Estonia and Latvia about tourism from July 31 to August 14; second one in Romania about green energy from August 14 to August 28.

And tomorrow, from morning i will do hotchiking to Riga, Latvia through Belorussia and Lithuania.

Enjoy your life. Every day. Every moment. With aim and passion!