competition this Saturday and dj Motiv8 from Black Eyed Peas

The G20 Leaders Summit is the group of 20 nations working together to move the world beyond international problems.  By pursuing globally coordinated policies such as financial problems, the G20 tries to help prevent further problems in the world.  The main objective of the G20 is to gather together in order to promote open and constructive discussion among systematically important countries on key issues related to financial and economic policies.

Participants created teams by two people - Sergii from Ukraine and Su from South Korea will represent India!
Agenda will be such as agenda of real G20, which will be in Seoul 11 - 12 November - global financial safety net, development issues, ensuring ongoing global economic recovery....

Today prepared, was reading so much articles. Now a know more about financial crisis in Korea, crisis in India, problem of currency war, mainly between the US dollar and Chinese yuan, and that India wants to dicide this problem without confrontation...

Chinese government doesn't listen to USA government - has not to allow the yuan to appreciate in line with market forces. As result, have difficulties with export not only China, but Japan and India also.

I personally believe, that for you it's so much interest information :-)

So, last friday... Actually, i forgot tell about that in the last post, because of Asia Youth Forum - my brain think about that more. But now i recognize interesting action on Friday...

yes, he sing "Boom Boom Boom..", but i think Fergie do it better )) anyhow, he is easy man, dance with people on the dance floor, was doing hugs with everybody (and with me also)..
as result, i can say "nothing special.."  he is a star but also normal guy. yes, he can say to Fergie and Timbaland "hello" , drinking with them and doing a lot of picture... but not good dj, is true. sometimes music repeated, one time it was clean Lady Gaga without any dj's actions..
in general, it was ok. just ok, because i expected something more...

often, people are so different, that we may think at the first glance. 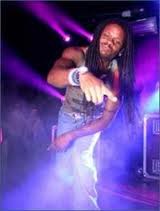